What are Meglitinide Drugs?

Most people may not be familiar with “meglitinides drugs,” so to give you an idea, these medications are similar to sulfonylureas. These drugs are a class of oral medications, specifically short-acting insulin secretagogues used to treat type 2 diabetes.

Meglitinides drugs work by stimulating the pancreas to produce insulin. These medications include two common drugs—Prandin (repaglinide) and Starlix (nateglinide), but Prandimet (repaglinide-metformin) is also being offered in the market.

Meglitinides are similar to sulfonylureas but they have a shorter duration of action. It is usually taken to lower blood sugar levels after meals, helping to minimize the A1C or also known as HbA1c levels. Although it has a shorter response to the body, it is as effective as sulfonylureas in lowering A1C levels.

You may use meglitinide alone as monotherapy, or as combination therapy with other diabetes medications. It can be taken before each meal but one of Meglitinides’ side effects is hypoglycemia that usually happens if regular meals are not eaten before taking it.

Meglitinides’ side effects are just mild and tolerable to some people with diabetes. But, others may experience severe side effects depending on their health history or how and when they take the medication.

Common and Adverse Side Effects
One of its common but might be adverse side effects also is hypoglycemia. It is where you will experience a significant drop in your blood sugar. Since Meglitinides drugs are intended to lower the blood sugar supply in your body, they can cause hypoglycemia if taken regularly before meals. A person experiencing hypoglycemia may have symptoms of sweating, lightheadedness, shakiness, and confusion.

Also, with Repaglinide, the occurrences of hypoglycemia are quite similar to that of sulfonylureas, but the incidence of serious hypoglycemia is lower. Although others experience adverse hypoglycemia, some people who regularly take a meal and don’t drink more alcohol are less likely to experience a severe drop in blood sugar.

Cardiovascular mortality is also one of the common Meglitinides’ side effects. According to a study in Europe, repaglinide is restricted to some patients with severe liver conditions and it is not recommended to the elderly over 75 years of age.

Other Meglitinides Side Effects:

Meglitinides medications require a prescription from a doctor. The U.S. Food and Drug Administration has approved Meglitinides drugs for type 2 diabetes since 1997. The medication includes two common drugs—repaglinide which is the first type approved in 1997, and Nateglinide a second one approved in 2000. But Prandimet (repaglinide-metformin) is also being offered in the market.
ZipRX offers these Meglitinide drugs:

The Starlix medication comes as a tablet taken orally. You should monitor your blood sugar closely and carefully follow what was stated in your prescription. Take the medication exactly as stated. Your doctor may gradually increase your dose, depending on your body’s response to it.

Starlix side effects may include:

Prandin (repaglinide) is an oral blood sugar-lowering drug of the meglitinide class used for diabetes type 2 (non-insulin-dependent) medication. It is usually taken each meal and used alone or combined with other diabetes medicines. Together with proper diet and exercise, it can cure diabetes. But, this drug can cause hypoglycemia particularly if you are taking other diabetes meds.

Prandin mechanism of action is to cut down the blood glucose levels in your body by stimulating the secretion of insulin from the pancreatic beta cells. Insulin production is glucose-dependent and usually diminishes at low glucose concentrations.

Some of the side effects of Prandin may include:

Some side effects of Prandimet are as follows:

If you experience some of these side effects, contact your doctor immediately to get emergency medical help. 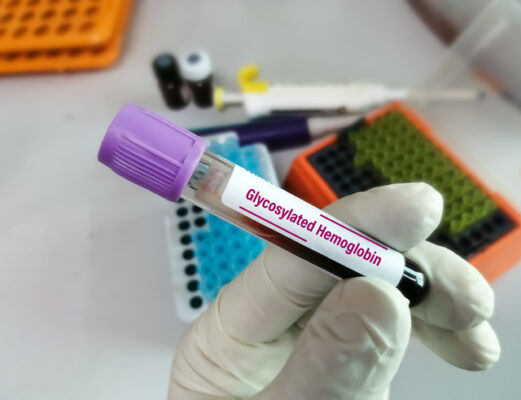 There are many remedy options for people with type 2 diabetes. Aside from having a proper diet and exercise, there are some oral and injectable medications that can help control the sugar level in your blood. One of the common types is the meglitinides drugs available with two variants—repaglinide and nateglinide. If you need meglitinides drugs, feel free to visit ZipRX. We offer all the said medications at an affordable price.