According to some reports, there are approximately 25% of Americans can’t afford prescription drugs due to high out-of-pocket costs. For the past ten years, the high cost of prescription drugs is still a major problem in the United States.
Unlike other countries, the U.S. does not have any government policy that negotiates and regulates drug prices in each region. This makes it less likely for Americans to get affordable prescription drugs in the market. Thousands of health insurance agencies across the country decide and negotiate their own medical prescription prices with their drugmaker partners.
Thankfully there is an option to access more affordable medicine. At ZipRX, we can make a change by providing affordable prescription drugs to Americans with our online, on-demand medical care services. People don’t even have to make a trip to the pharmacy because the medications are delivered conveniently to your home.

Why Do Many Prescription Drugs in the U.S. Cost So Much?

These are some of the main reasons:

The high cost of medical drugs in the U.S. has many adverse and long-term effects on Americans. Based on the Medical Expenditure Panel Survey, 19.1% of Americans allocated 10% of their income on their medical expenses, which eventually leads them to huge financial stress or bankruptcy.
The effects of the high cost of prescription drugs is evident in those regions that have no universal healthcare. Those individual patients who can’t afford to get a health insurance plan are greatly impacted by the expensive out-of-pocket medical costs. Many people die from not getting proper prescription medication.
Below are some other effects:
Non-compliance to Medication
The high cost of prescription drugs has made many Americans reduce the dosage or stop the ongoing treatment that they need for the sake of saving money. According to the National Center for Health Statistics survey, almost 8% of Americans failed to take their medications to save money. Additionally, it was estimated that 23.1% of Americans did not take their prescription instructions due to high prescription drugs cost.
Getting Prescriptions Across the Border
American citizens getting medications outside the country is another effect of the high cost of prescription in the United States. Since the medical drugs cost in other countries is lower than in the U.S., many Americans are incentivized to get medicines from other sources. 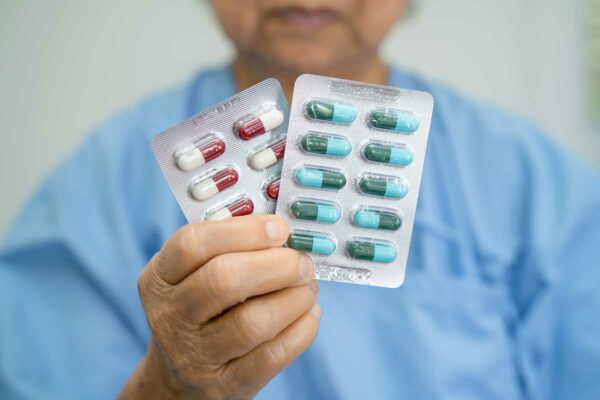 At ZipRX, we have  pharmacists who can provide prescriptions online. Affordable medications are delivered right to your home. Our on-demand prescription filled at a fraction of the cost.

The high costs of prescription drugs in the United States are a result of several factors including the lack of drug cost regulation, the fact that American companies are doing much of the research, drug manufacturers offering rebates to health insurance firms, and drugs for more serious illnesses cost more. In order to provide Americans with access to affordable prescription medication, ZipRX provides online prescriptions for medicines at lower prices by our network of doctors, specialists, and pharmacists. The medications are delivered conveniently to your home.